The week of February 10-15, I attended The Kennedy Center American College Theatre Festival (KCACTF), Region VIII, at Dixie State University in St. George, Utah. KCACTF is an annual, educational outreach program with the Kennedy Center in Washington D.C. that honors students around the country who actively work, develop, and support the arts in various fields.

I was informed of this opportunity in spring of 2014 when I performed in the Theatre Department’s annual New Works Festival. The New Works Festival showcases student-written, directed, acted, and designed short plays. Respondents from KCACTF Region VIII, which includes universities from southern California, southern Nevada, Utah, Arizona, and Hawaii, came and reviewed the fifteen productions, two of which I was an actress in.

A few weeks later, I was notified that I would be one among nine LMU Theatre Arts’ majors nominated as an Irene Ryan scholarship nominee at KCACTF’s regional festival in Utah. The nomination included competing against over 200 fellow regional nominees for an opportunity to win scholarships and apprenticeships at the regional and national level through an audition that included selecting and performing two scenes and a monologue. Although I did not advance to the regional’s final round, two other LMU nominees did advance to the semi-finals, and from there one advanced to the finals where he competed from a selective pool of 16 nominees.

Additionally, five of the 15 New Works Festival productions were invited and performed. I was a cast member of one of the plays titled Unspoken Rules. The productions won an award for their focus and discussion on topics such as relationships, and race and gender issues.

The exposure and chance to learn and work with many ambitious and talented artists encouraged my passion to continue to pursue my career goals. It was also a reminder of the impactful and outstanding opportunities the Theatre Arts Department offers for students looking for ways to produce, grow, and show their original works, whether that is a set design, character, or one-act play.

The department, through university and personal means, sponsored and funded the nine Irene Ryan nominees, in addition to 21 other performers, writers, directors, designers, and faculty members. The festival’s longevity allowed for leisure time where I was able to view and discuss other universities’ work, and learn about the different courses, productions, exhibits, and experiences undergraduate and graduate students have been involved with thus far. The week provided insightful exposure into the competitive and creative world of theatre, and I have brought back more inspiration to continue to write, create, and act because I am capable of achieving great things with support and assistance from outstanding peers and staff.

Being Jewish at a Jesuit University
Engineering an Internship 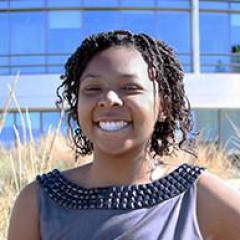 Wendolyn Sims-Rucker ’17
Hi! My name is Wendolyn Sims-Rucker. I am currently a senior Theatre Arts major at LMU. I am originally from the south suburbs of Chicago, and call the Windy City and Los Angeles my dual residences. I am actively involved on campus as a Resident Advisor, Christian Life Community member, and Ralph J. Bunche Diversity member. My hobbies include reading, writing poetry and songs, watching documentaries, traveling, and eating at Lemonade, a wonderful California restaurant chain. My long-term goals are to be an actress in film, television, musicals, and voiceover. I am also interested in broadcast and radio journalism, and had the opportunity to intern for LMU’s KLMU student-run radio station. LMU has offered me many opportunities, and I am excited to share my experiences with you!