I was having this conversation with people I met in the audience while waiting for the show to start.

I thought I was just going to see The Maltese Falcon, a famous “film noir”: a popular product of Hollywood’s “Golden Age,” but I experienced so much more. I walked into a room decked out in velvet curtains, gold ornaments, chandeliers, a calliaphone (a riverboat instrument, from the early 1900s), a Bosendorfer grand piano, and the Mighty Wurlitzer—more on what that is in a minute.

The LMU assignment that landed me in just such a place was part of a semester-long cultural immersion project for my course called “Imagining Los Angeles.” The course itself is a historical, social, political, and urban infrastructural look at Los Angeles as it was, is now, and may be in the future. Oh, and it is also a photography class. Oh, and we also take field trips to the nooks and crannies of Los Angeles that tourists might miss on their beeline to the mythical land called “Hollywood”— like walking up and down Echo Park’s network of stairways that served as shortcuts for residents of the hillside neighborhood in the early 1900s before the automobile.

So…the Mighty Wurlitzer. It’s a massive 1925 wind-powered pipe organ, with instruments ranging from a xylophone small enough for a baby to play on to 16-foot-tall pipes. So, as I said, I thought I was only coming to see The Maltese Falcon, but to my surprise, I also got to listen to songs played on the calliaphone and the grand piano, see the Mighty Wurtzler in action, participate in audience sing-a-long to popular songs from the 1920s and 1930s, and watch a silent film called The Cock-eyed Family.

Then after all that, the Old Town Music Hall staff finally screened The Maltese Falcon. It was, as the owner of the place defined it, “an experience like going to the movies in the 1930s.” Well, that night, I not only took a step back in time and got a three hour show for less than the price of going to the movies today, but I sang, I laughed, and I experienced first-hand, a cultural pastime now long forgotten.

My learning extends beyond a white board, a textbook, and a lecture. At LMU, I’m getting an education and not just a degree.

Extracurricular Activities: Finding the Right Fit
Where else, but LMyoU? 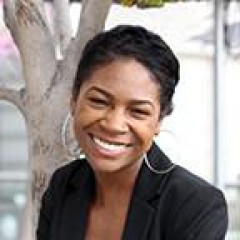 Taylor Kay ’16
Hi all! My name is Taylor Kay. Los Angeles is my home, and thus, I chose to also make it the place I spent my undergraduate career. I am a junior Urban Studies major hoping to work in municipal government or commercial development one day. I’m involved in too many things to count on one hand at LMU—from serving as the Office of Undergraduate Admission’s Tour Guide Coordinator to working as a student researcher for the Thomas and Dorothy Leavey Center for the Study of Los Angeles — because LMU has so much to offer that ties in with my interests. After studying abroad this past fall, I also have a new found passion and take any opportunity I can to travel to new places. I’m excited to share my experiences with you!