Last year, as a transfer student, I found myself trying to adapt to the LMU-sphere as quickly as possible, trying to get involved in various on-campus activities, making new friends, etc. I experienced varying success, making connections in my classes, but I was still missing that indefinable something. Luckily, I soon heard of a new fraternity that was starting up on campus, one that was trying to defy dubious Greek stereotypes: Phi Delta Theta. I never saw myself as a “Fraternity Man,” but I thought what the heck, and went to one of their group meetings…flash forward a year later and I’m now not only a Phi Delt brother, but also their Bylaws Chairman.

As Bylaws Chair, I get to work with all the members, listening to various ideas and opinions on how they want their fraternity to be structured and run. The position has allowed me to understand that my fellow brothers and I really want to be different, be a part of something greater than your average social fraternity.

Additionally, my Greek life experience at LMU has allowed me to become closer with not only the guys in my fraternity, but also with the Greek community at large. When you’re the “new guys” on campus it feels like every other fraternity and sorority are always watching and waiting to see if you’ll succeed or fail. With that being said, I have gained valuable information and insight from friends in other frats. Even though we may not be in the same chapter, it never ceases to amaze me how helpful these people can be with providing tips, suggestions and or other laws/regulations our chapter can implement. So far, Phi Delt has made sure that our presence is known on LMU’s campus. As a member within the fraternity, it has definitely kept me busy these past two semesters, and I’m alright with that. And with rush just around the corner—directly following Christmas break—I’m excited to see how our chapter progresses in the year to come and I’m very much looking forward to meeting a bunch of new recruits, some of who could end up becoming best friends.

It’s about to be a crazy ride, and the future is looking bright! Go Lions! 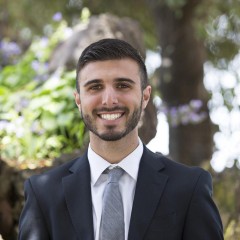 Kevin Kamar ’16
Hello! My name is Kevin Kamar and I am a senior (c/o 2016) mechanical engineering student. My life consists of a lot of school work, music to keep me entertained, and I like to have a few adventures along the way. I am a student worker in the Enrollment Management office and I am a member of Phi Delta Theta within the Greek community. Join me as I take on my final year at LMU!