2015 is finally upon us. Even though the Jewish New Year is in September, I could not help but reflect upon the past year of my life and all the changes that have occurred.

In 2014, I grew up and became a young-adult. I left my home and moved 3,000 miles away to Los Angeles to embark on my journey as a college student. I became closer with my faith and made Judaism a priority in my life. I allowed Judaism to be my source of refuge when I felt home sick and alone. My religion is such an amazing force in my life, and I am so grateful that my love for Judaism has continued at LMU.

When I first applied to LMU, I was nervous that I would be unable to find a spiritual community of people who practice Judaism. However, upon my commitment to this school, I immediately received welcoming emails from the Rabbi and Ethnic and Intercultural Services Department. The emails sent tidings of joy and reached out to me in a truly special way, making me feel comfortable at what was going to be my future home. I realized that as a student at LMU, my Jewish identify would only become stronger.

“My advice to any student coming to LMU would be to immerse yourself in the vibrant culture and become engulfed in the spectacular atmosphere that radiates throughout the ethereal campus.”

Now that I am an official student at LMU, I am proud to call myself a lion because of the school’s dedication to making students of all demographics feel welcome, accepted, and part of a community that truly cares. As a Jewish out-of-state student from Washington, D.C., I was initially under the impression that out in the big city of Los Angeles, making meaningful connections with other people on the West Coast would be a daunting challenge. Since enrolling at LMU, I realized that this could not be farther from the truth.

LMU is a refuge of love, camaraderie, and diversity, making it unique and special in the urban sprawl that comprises Los Angeles. This school is truly my home away from home. My advice to any student coming to LMU would be to immerse yourself in the vibrant culture and become engulfed in the spectacular atmosphere that radiates throughout the ethereal campus.

Finding My Place
Taking the Stage in Utah, Thanks to LMU 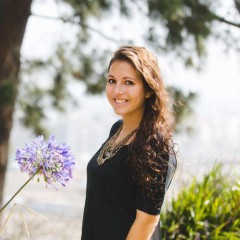