This past fall, I was lucky enough to be accepted into LMU’s “Semester in Bonn” program, as part of the Engineering track. The entire experience is something I will never forget; it was the first time I traveled alone, not to mention being in Europe. It’s the highlight of my college career so far.

In the four months I spent abroad, I traveled to new cities around the continent, tried new foods, learned to speak some German, met new people and lived as a resident of another city. For those of you who don’t know (and I myself did not know this until I applied), Bonn is a small city located along the Rhine River in western Germany. Fun fact: it was the capital of Germany before Berlin. Along with taking classes in another country and visiting places around Bonn, my classmates and I were also exposed to engineering projects that tailored to the different areas of the discipline.

At times, the idea of traveling alone scared me, but at the same time it was liberating because I was learning to do things on my own. For instance, I remember traveling to the Netherlands, and with the route option I chose, I needed to use four trains. It was scary! Being able to speak only so much German, it was difficult finding the right train – especially on a time crunch – but as you will find, many people are happy to help and if you’re lucky, they’ll speak your language.

One of our first trips was to the Zollverein Coal Mine in the city of Essen, Germany. While no longer a fully functioning coal mine, it is a museum dedicated to the area around it and serves as a time capsule. The museum was built within the mine and as you go through, you can see all the machinery. On the top floor there were visual representations of how this coal mine was previously used, discussing the different processes. The remaining floors had creative ways to learn about history (of the coal mine, Essen, ancient to medieval times) such as smells, videos and posters.

Another trip within the program took us to the Volkswagen factory in Wolfsburg, Germany. On this tour, we were driven around in one of their cars inside the factory. The factory was much larger than I anticipated, and most employees went around stations via bicycle and there was a road we were driving on inside. The factory even had its own greenhouse and a few places where employees could hangout. Going by sections, we were able to see how the different parts were made and put together from start to finish of the Volkswagen Golf car.

On the way to one of our exhibitions in France, we stopped by the storm surge barrier Deltapark Neeltje Jans, located in Vrouwenpolder, Netherlands. The Netherlands is known for being below sea level and back in 1953, there was a disastrous flooding in the area that resulted in the building of a barrier to protect against floods. Here, we received a tour of the area which is actually built on an artificial island. We learned about some of the Netherlands history with floods and the solutions they’ve come up with, mainly surge barriers. At the end of the tour, we were given an opportunity to explore the area because Deltapark is also an aquarium and water park, however it was much too cold for us to stay and enjoy it.

We also worked on a semester long project, which was conducting a photo reconstruction of some of the buildings around Bonn. It was a collaborative project where we worked with the LMU film students studying in Bonn. For my group, we were given the University of Bonn. We were given a photo (the black and white one) and using geometry, expected to approximate how far the photographer who took the original photo was standing. There were a few challenges due to changes in landscape (for example, the tree and building on the left in the original photo have changes) and choosing the best portion of the photo to use for calculations.

Although the idea of leaving home can be difficult, studying abroad was all around great and nothing like I expected. For those of you thinking about studying abroad, I would encourage you to take the leap! We leave home when we decide to embark on our college journey, and here at LMU, you are given the opportunity to leave your newly formed niche to explore another part of the world. Just as in the case of leaving home for college, it will be one of the most memorable times of your life.

Bis zum nächsten! (Until next time!)

Marching to Beat of the Mission
Research Days of Summer 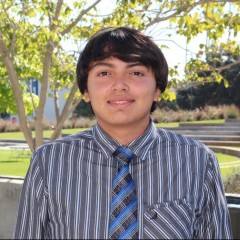